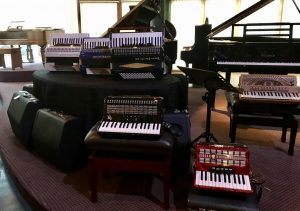 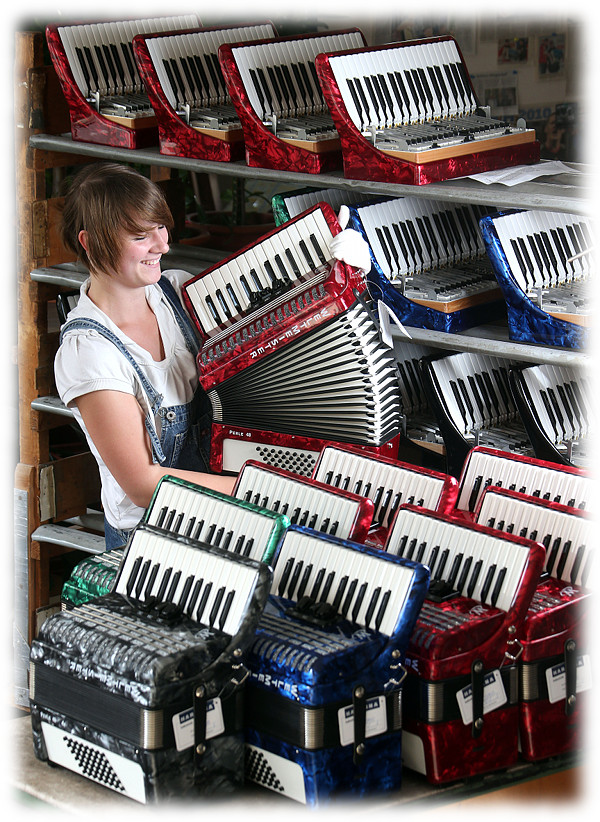 Our company is the official representative of Weltmeister Accordions for South Africa.
We import directly from the factory in Klingenthal, Germany for many years now and we have many happy customers throughout South Africa since 2011.

Klingenthal, a centre of music, is a small town in the Saxon Vogtland region, directly bordering on Bohemia. As early as the middle of the 17th century, instrument makers settled down here, starting with violin makers from Bohemia. Later, woodwinds and brasswinds were also made here. In the 19th century, mouth organ making came to town and soon dominated the townscape with a multitude of workshops. By the year 1840 or thereabouts, this boom had turned Klingenthal into Germany’s largest centre for the manufacture of mouth organs.

Accordion production started in 1852, when Adolph Herold brought the accordion along from Magdeburg. At that time the accordion was a much simpler instrument, very similar to the mouth organ, and so it was easily reproduced. The ensuing years saw the creation of well-known brands such as Barcarole, Contasina, Firotti, Horch and Royal Standard, as well as the establishment of accordion making as a senior branch of industry in the so-called musical corner of the Vogtland region. Numerous patented inventions stand as a testament to the creativity and imagination of the engineers and accordion makers of that time.

Production consolidation also had its benefits. More than 30 engineers and technicians worked to streamline the instrument making process and improve quality and customer service. A number of inventions also came about at that time, including the plastic keyboard supported on two axes and the plastic and metal mechanism that can be fully removed with two screws.

The breakdown of the GDR meant the breakdown of this industry’s market, as the introduction of the Deutsche mark quadrupled the price of East German products overnight. Against this background, many operative parts of the company were hived off again. In 1992, VEB Klingenthaler Harmonikawerke was transformed into Harmona Akkordeon GmbH, where we continue to produce – exclusively in Klingenthal – the Weltmeister accordions so popular around the world. Beginning 1 October 2017, Harmona Akkordeon GmbH is operating under a new name: Weltmeister Akkordeon Manufaktur GmbH. 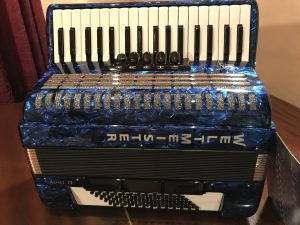 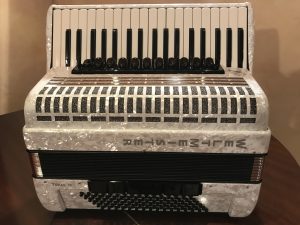 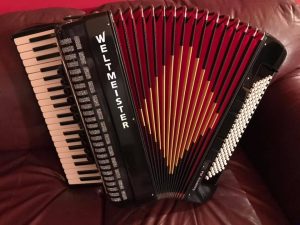 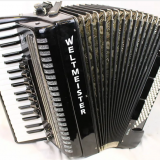 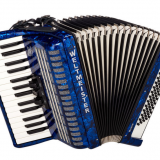 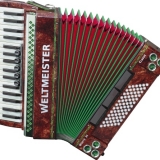 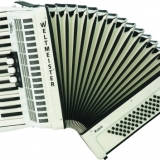 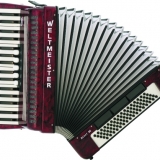 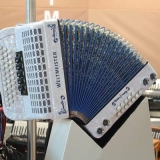 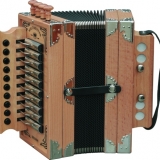 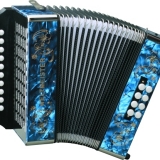 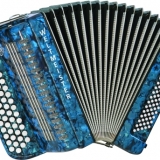 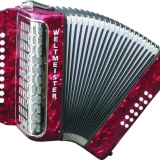 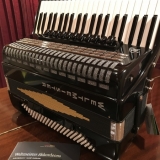